Other than hugging my mom, what I missed the most this year has been concerts. When I saw Soul Asylum and Local H in February, I had no idea that it would be my last show of 2020. When I worked in the music industry, some weeks I’d be at shows every night. One night, when I worked at Ryko Distribution, I saw three separate concerts (at three different venues) on one night. I saw more shows on that one night than I have in all of 2020.

The upside of all of this quarantining at home, aside from reading way more than usual, has been the bonus music exploration time. KEXP, WERS, Hot Press, Bandcamp, and Vanyaland were some of my favorite sources for new tunes. When I wasn’t reading, you could find me playing Animal Crossing while blasting music.

As someone who’s immunocompromised and spent three months quarantining when she was 12, escaping through music has been a big part of my life. I wouldn’t have been able to make it through this year without these albums (and many, many others). Without further ado, here’s my top ten favorite albums of 2020!

10. Matt Berninger – Serpentine Prison The frontman of The National released his first solo effort and it’s quite excellent. It picks up where The National’s Trouble Will Find Me left off.

9. Butch Walker – American Love Story This is Walker’s musical! Maybe someday it’ll be on the stage. For now, you can enjoy its many power pop ear worms like “Fuck It (I Don’t Like Love)” and “Everything White.” And if songs like Walker’s “Joan” are among your favorites, then your heart will break for the “Sunset Grill”-sounding “Out In the Open.”

8. Nine Inch Nails – Ghosts V: Together Atmospheric, ambient, and haunting. This release, along with Ghosts VI, is available for free on the Nine Inch Nails website. Go grab them both. As the description on the website says, “TWO DIFFERENT RECORDS FOR TWO DIFFERENT MINDSETS. DOWNLOAD NOW FOR FREE. STAY SAFE!” This year, Trent Reznor and Atticus Ross of Nine Inch Nails also released scores for the films Soul and Mank. That Emmy, Oscar, and Grammy award winner Reznor knows how to stay busy. Maybe Reznor should collaborate with Butch Walker on a musical so that he can get his Tony?

7. Run the Jewels – RTJ4 Remember that feeling in college you’d get when you listened to Consolidated? That’s the buzz I get from this politically-charged album. I get goosebumps every single time I listen to “Walking in the Snow” and I hear the lyrics, “Until my voice goes from a shriek to whisper, ‘I can’t breathe.'”

6. Phantogram – Ceremony This was my go-to album when I needed a pick-me-up. Songs like “Dear God” and “Into Happiness” capture how I miss my friend with lyrics like “Take me out of this world I’m living in | Tell, tell my friends ’cause I know I’mma see again” and “Wish you could be here | No more loneliness | You’d make it perfect.” Also, it has a good beat and I can dance to it.

5. Pillow Queens – In Waiting This is the Irish quartet that’s missing from your collection. Wistful. Melodic. Shimmering. Kinda sounds like Teagan and Sara gone shoegaze and power pop. From 2:51 of “Holy Show” to its end is truly glorious.

4. Hinds – The Prettiest Curse Ah! Sweet power pop meets lo-fi garage rock. The Spanish quartet’s third album is a gem. They straddle the lines of pop and rock perfectly, and they even throw in a dash of synth-pop. It’s like Apples In Stereo, Fuzzy, and CSS had a baby and that baby is Hinds.

3. Deftones – Ohms Hands down my favorite Deftones album since White Pony. Some tracks are kinda thrash metal (“Urantia”) while others (“The Link Is Dead”) meander into Angelo Badalamenti territory.

2. Nick Cave – Idiot Prayer This is my kitten’s favorite album of 2020. She has a penchant for Nick Cave (and also Harry Styles). Everytime we play Nick Cave, she has to jump up to the speakers and be as close as possible to them. I think she gets that from me. Whenever I’ve seen Nick Cave live, whether it’s with Grinderman or the Bad Seeds, I always want to be close to him. I think that Cave is the most brilliant lyricist of his generation. With Idiot Prayer, Cave’s lyrics seem even more poignant in this stripped down, solo live performance. Idiot Prayer was recorded at Alexandra Palace in London and was streamed globally to ticket holders online on July 23, 2020.

1. Hum – Inlet I am obsessed with this moody, brooding, sonic masterpiece. When I found myself in the emergency department because of an intractable migraine, this was one of the albums that soothed me. It’s so easy to get lost in Inlet. I was particularly drawn to “In the Den” with the lyric “Find me here on the ground and in need of you” and wishing that my partner could be by my side. But that’s life during a pandemic.

For more of my favorite tracks from 2020, including new singles by Dubstar, New Order, and Parlour Bells, check out my Spotify playlist.

WordPress.com is excited to announce our newest offering: a course just for beginning bloggers where you’ll learn everything you need to know about blogging from the most trusted experts in the industry. We have helped millions of blogs get up and running, we know what works, and we want you to to know everything we know. This course provides all the fundamental skills and inspiration you need to get your blog started, an interactive community forum, and content updated annually.

Almost Famous is almost legal drinking age in the States. How and when did that happen? How has this movie aged? Find out where my heart lies by listening to me guest on Moving the Needle!

Not a ton of surprises for anyone who saw the Behind The Music, but a bunch of sweet archival footage from the band’s early days make this worthwhile. Cameos by members of Madness and The Specials were appreciated, but it would’ve been sweet to see Pat Smear show up to discuss Belinda’s brief tenure in The Germs.

What I miss the most from the Before Times is concerts. That was when we’d leave our homes and get to watch musical artists perform in front of us. IRL.

As a disabled person with a failing body, music transports me in a way that is magical and healing. And nothing beats hearing music in the flesh. Sometimes, I’d even push through all my pain and dance to my most favorite songs.

One of the aspects of this New Normal that I find worrisome is the financial stability of musicians. Revenue from touring can be a huge part of their income. Musicians are now entering their sixth month without that income and there’s no real end in sight.

But don’t despair! There’s a way that you can help. On the first Friday of each month, Bandcamp has waived their revenue fees so that more money goes directly to artists. You can buy some tunes and help out your favorite bands at the same time.

Bandcamp started this endeavor in March and recently announced that they will be having “Bandcamp Fridays” on the first Friday of each month for the rest of 2020. If you’re not familiar with Bandcamp, it’s a website where you can buy digital music, physical music, and other merchandise. You can also stream music before, so you can check out the goods before you spend money. Typically, 80-85% of your money goes directly to the artist, but on Bandcamp Fridays, they get even more of your money.

Here are some of my picks for your Bandcamp Friday purchases:

In no particular order, I present my favorite albums of 2019! For a mix of my favorite tracks, check out my playlist over at Spotify.

Not much to see here, folks. Basically a collection of Silly Symphonies with delusions of Fantasia‘s grandeur. The highlight is probably the segment “All The Cats Join In”, a jazz-era romp that looks like it features the Archie gang and contains some surprisingly ribald humor for a Disney production… It almost feel like a “this is your kid on jazz!” PSA for parents.

Side note: steer clear of the Disney Gold Collection DVD, which is not only abridged (missing “The Martins and The Coys” segment) but also features an embarrassingly bad transfer and is artificially transferred into widescreen, cropping the top and bottom of the frame. All around, an underwhelming viewing experience.

For the first half or so, I thought, “This is the best John Wick movie!” Then he gets back to the Continental and I kinda checked out for the next 45 minutes. I know this is supposed to be the great action franchise of this generation, but I just can’t get behind it. It’s just good enough that I’ll eventually get around to watching each movie on DVD.

If you ever wanted to see Nic Cage try to level a pool table while listening to Reagan Youth, and then immediately demolish that pool table while scream-singing The Hokey Pokey, then boy do I have the movie for you.

Flavors of 28 Days Later, Pontypool, and The People Under The Stairs blended with a liberal dash of grade-A Cage Rage, and a good time is had by all.

Random cameo by Grant Morrison as a cable news talking head, because why the hell not. 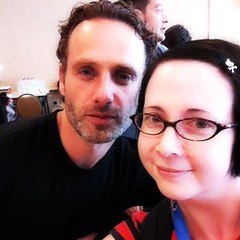 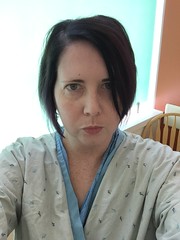 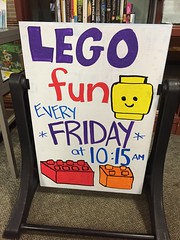 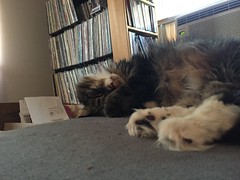 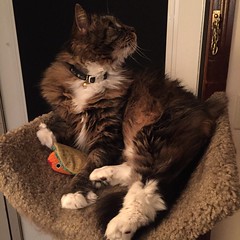 CLOSE ENCOUNTERS OF THE NERD KIND
Create a free website or blog at WordPress.com.